Breast Cancer can be sufficiently terrifying without thinking about whether it will prevent you from having babies. An ever-increasing number of American women are determined to have breast cancer in their childbearing years, and many need to know how the disease will affect their fertility. An unforeseen event, like breast cancer can jeopardize women’s fertility because of the chemotherapy or radiation. Due to this, women end up having an early menopause and ovarian failure.

Women suffering from Breast Cancer now should not be worried about their chances of getting pregnant as they have an option of preserving their fertility so they can enjoy their parenthood in future. A study has found that freezing embryos created from eggs extracted before treatment allowed women diagnosed with early-stage breast cancer treated with chemotherapy to become pregnant at rates similar to women not diagnosed with breast cancer who underwent in vitro fertilization. 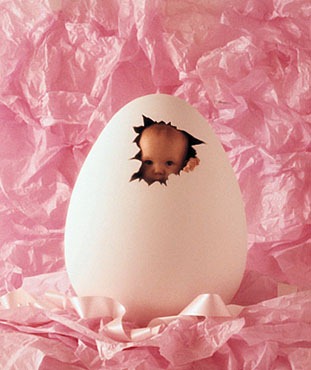 Treatment generally starts on the second or third day of menstruation and comprises of a regimen of fertility medications to stimulate a woman’s ovaries to create eggs. The eggs are recovered from the patient in an indistinguishable way from is performed for in vitro preparation (IVF). The procedure takes around 15 minutes and is done under sedation. The collected eggs are then analyzed and frozen using the most recent flash – freeze method called “Vitrification”, which is the best freezing technique until date. This procedure does next to no harm to the eggs and can keep the eggs in storage for a long time until the woman chooses to utilize them for conception. Once the woman is prepared to get pregnant, the eggs are defrosted and then fertilized with her husband’s sperm and afterward moved into her uterus in order to achieve a pregnancy.

Some women with breast cancer may risk some growth of their tumors during IVF cycles because of the high levels of estrogen that result from the hormone shots. In such cases, it is recommended to opt for “Natural Cycle IVF” in which ultrasound tests are used to follow the progress of normal ovulation, and one or sometimes two eggs can be collected. It is good to know that with the wonders of modern medicine, a positive attitude, and some divine intervention, women stricken with breast cancer now have a chance to shape their future.

Let your Faith be Bigger than your Fear!!