Can a man’s sperm cause repeated miscarriages?

Around a quarter of all couples will experience the heartache of miscarriage at some time. While many of these will be a single sporadic event, some couples will suffer repeated – or recurrent – miscarriages.

Since the mother is the one whose body carries a pregnancy, many suspected causes of miscarriage have to do with factors present in the mother. The father’s role, or more specifically his sperm, has often been overlooked in the past.

According to a study, fathers’ faulty sperm could be an underlying cause of repeated miscarriages, which have typically been attributed to health problems with the mother. There may be cases where sperm quality can affect a pregnancy and even be responsible for a miscarriage. 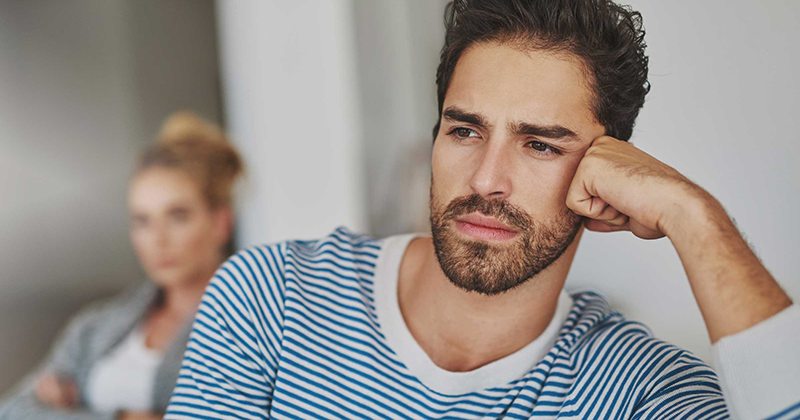 – Chromosomes &Sperm DNA fragmentation: it is the most important part of the sperm. It contains the genetic instructions that will make a baby look and act like its parents. Sperm DNA can be damaged during sperm production and transport. This damage is known as DNA fragmentation. High levels of sperm DNA fragmentation have been shown to double the likelihood of a miscarriage occurring.

Sperm DNA fragmentation can be affected by things like stress, smoking, recreational drugs, obesity, and other avoidable lifestyle factors. Men can make simple lifestyle changes to improve the quality of their sperm DNA.

-Lifestyle Choices:  When a woman becomes pregnant, the importance of her lifestyle choices is often stressed to encourage a healthy pregnancy. It seems that a man’s lifestyle may play a role as well. This primarily goes back to the effect on sperm quality. Things like smoking, alcohol, nutrition, weight, and exercise can all affect the health of a man’s sperm. Unhealthy choices can lead to the many factors that decrease the chances of a successful pregnancy. This includes decreased sperm mobility and vitality, lower sperm counts, and abnormal morphology (the size and shape of sperm). It can also lead to physical damage. Any damage to sperm can cause fertility problems and, if an egg is fertilized, it may also lead to a miscarriage.

The physicians may recommend that men undergo tests for sperm quality when no other cause for recurrent miscarriages is found. The standard test is a sperm analysis, which looks at the shape, mobility, and sperm count in the sample.

Ultimately, many people who have miscarriages will never know exactly the reason why it happened. Several factors contribute to the risk of miscarriage and it’s not fully known how big of a factor sperm is in that, so your best option is to consult your doctor or a fertility specialist.