Dr. Yasmin Sajjad is a   triple accredited subspeciality trained consultant from United Kingdom in Reproductive Medicine/surgery, Andrology, Obstetrics & Gynaecology with over 30 years of clinical experience in the field.

Dr. Yasmin completed her  Bachelor in Medicine and Surgery (MBBS) from Khyber Medical School Peshawar, Pakistan. She did her initial core Specialist training in Obstetrics and Gynecology from  the Mersey Deanery region England and was awarded the MRCOG by the Royal College of Obstetricians and Gynecologist (RCOG) London, UK in 2004. After completing two years of research in IVF she went to acquire advanced subspecialist training in Reproductive Medicine and Surgery from Liverpool Women’s Hospital, UK. She was awarded the Certificate of completion of training (CCT) followed by the Certificate of completion of sub-specialist training (CCST) in Reproductive medicine & surgery by the General Medical Council and RCOG, London respectively. Her research in the field of assisted conception and Andrology culminated in the submission of doctoral thesis and was awarded an MD from the University of Liverpool, UK in 2008. She was given the fellowship (FRCOG) from the RCOG London in 2016.

She was appointed in 2007 as Consultant Gynaecologist and sub specialist in reproductive medicine and surgery and lead for male fertility services in Central Manchester University Hospitals, UK, which is one of the largest tertiary referral IVF center in the country and the foremost Reproductive Medicine provider in North West England. In 2012,  she  became the Medical Director of the same department and served this post for 3 years.
She came to UAE in 2016 as director of Burjeel fertility centre Abu Dhabi and served this post for over 2 years. She was then  appointed as  divisional chief of Corniche fertility centre  at Seha Corniche hospital Abu Dhabi in March 2019. After being in this position for nearly 4 years, she moved to Fakih IVF centre Abu Dhabi.

She has  over 30 years of expertise in the field of Reproductive Medicine and in particular Assisted Conception and Andrology. She has advanced skills in all aspects of infertility & IVF and is one of the very few triple accredited physicians in UK & UAE with sub-speciality experience and accreditation in Obstetrics/Gynaecology, ART  and Andrology.

Other than dealing with all aspects of assisted conception interests including recurrent implantation failures, she has  expertise in the management of early pregnancy problems, including recurrent miscarriages, menstrual disorders, gynecological endocrinology including PCOS and hysteroscopic management of intrauterine abnormalities (including fibroids, septa and severe adhesions like in Asherman’s Syndrome).
She also has key areas of expertise in male infertility  and reproductive endocrinology and   manages all aspects of male fertility problems and sexual dysfunctions affecting mens fertility.

Dr. Yasmin maintains specialist clinical and research interests in Reproductive Medicine and Andrology. She  has published widely on many aspects of gynaecology and reproductive medicine and have presented as well as chaired many sessions both nationally and internationally on various aspects of her specialty. She have  been involved in many systematic reviews and randomized controlled trials. She has  many international publications of great repute to her credit and have written several textbook chapters and edited journals’ supplements.
She is an  ad-hoc reviewer for many international scientific journals and publishers and is a recognized  influential member of many patients’ organization, scientific societies, media and pharmaceutical companies. In recognition of her  work she  was awarded the UK Fusion Public Service Award in 2015.

Besides clinical and academic interest Dr. Yasmin has  passion for teaching and training. She is  organizer of many national and international courses and meetings in her field. She  was the  MRCOG part 2 and part 3 examiner for the RCOG London and MRCOG part 2-course convener for the same organization for five years. She is actively involved in promoting gynaecology education and training opportunities in UK and UAE.  She was the  RCOG UK, preceptor & examiner  for ART sub-speciality advanced training. Currently, she is an accredited trainer and preceptor for the British fertility society, London both in UK & UAE. 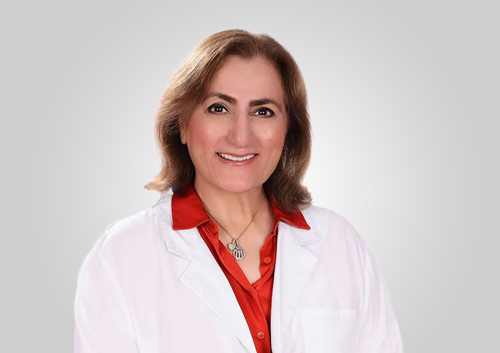