The holiday season is full of culinary treats. During this time, a pregnant woman should be especially diligent about food safety. Around the holidays, some seemingly safe foods can have adverse effects on the health of mother and child. There are certain foods pregnant women should avoid, especially at this time of the year when there is a greater chance you’ll be eating things you haven’t prepared yourself. 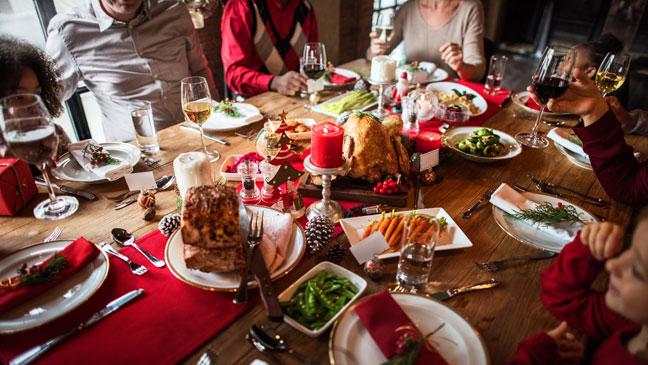 The following is a list of food expectant mums should be wary of:

– Turkey and stuffing: Make sure any turkey you eat has been cooked thoroughly to ensure all bacteria are killed, so food poisoning can be avoided. If you’re planning on tucking into a helping of stuffing, it should be cooked separately to the turkey, as the cavity won’t reach a high enough temperature to destroy lurking bacteria.

– Seafood: You should avoid Shellfish, including oysters, prawns, and mussels – as they can cause food poisoning unless served piping hot. You can eat sushi; As long as the fish was frozen first. The raw variety may contain tiny worms that are killed by freezing). Smoked salmon is a popular Christmas lunch starter, and as long as it’s been kept cold and is fresh, it’s safe to eat.

Meat: Eat meat well done, when it comes to hot or cold meats such as chicken, beef or lamb, you can safely tuck in as the meat has been well cooked. When pregnant our immune systems don’t work as well as they usually do. This means you’re more susceptible to food poisoning.

– Eggs: Look out for raw eggs, it is one of those foods to avoid in pregnancy. It is not recommended when pregnant due to the potential for salmonella. Therefore it’s best to avoid things such as homemade mayonnaise and desserts that may contain raw or undercooked eggs, like some custards, mousse, and homemade ice cream.

– Christmas cake: Fruitcake and other desserts that use alcohol are usually fine because most of the alcohol burns off during the cooking process. However, if the fruitcake has been soaked in liquor after it has been cooked, it should be avoided since alcohol has been shown to both cause delivery complications as well as increase the chance of birth defects.